Dr. Charles Heller has specialized knowledge and is considered an expert in all forms of domestic violence, providing expert witness testimony and consultation to attorneys in the analysis of intimate partner violence in civil, criminal and family court cases.

Intimate Partner Violence (IPV) is the most recent way to describe abuse of women in various kinds of relationships.  The concept of IPV evolved from the concept of “Battered Women Syndrome (BWS),” 1 and both pertain to domestic abuse or relationship abuse. IPV and BWS are ways to describe as a pattern of behaviors used by one partner to maintain power and control over another partner in an intimate relationship. As illustrated below “the Power and Control Wheel” describes what occurs in an abusive relationship (Domestic Abuse Intervention Project. www.duluth-model.org).

By reviewing the different sectors of the “Power and Control Wheel” Dr. Heller can address specific abuse characteristics of any relationship to illustrate how the perpetrator uses power, coercion, as well as physical and mental abuse to control the victim of intimate partner violence.

Dr. Heller helps a judge or jury understand the original term Battered Women Syndrome (Walker, 1979)3 as well as other expanded descriptions or explanations of intimate partner violence. BWS is not a clinical diagnosis and gives a somewhat stereotypical and pathology focused emphasis in describing woman who are battered. The field of domestic violence has evolved and tends to take the emphasis away from the syndrome based model, which does not take into consideration deviations manifested in the complex behavior of battered women or the variations in the original cyclical theory described by Walker.  The broader concept of IPV addresses and includes cultural, social and clinically diagnosable PTSD symptoms frequently observed in battered women.  The terms BWS and IPV both facilitate a comprehension of the victim’s history of abuse and fear. Both concepts assert that being abused can result in the battered woman killing her abusive partner. Additionally, both concepts assert that a battered woman is likely to commit another kind of crime due to coercion and control perpetrated by the abuser.  In sum, Intimate Partner Violence (IPV) is a different way to describe domestic violence compared to Battered Women Syndrome (BWS), which does not take into account some of the complex variables observed in domestic violence situations. However, courts accept the term Battered Woman Syndrome due to the general acceptance in the field of Psychology. It is not surprising that the American Psychological Association filed an amicus brief in a murder trial because Lenore Walker was not allowed to testify about BWS. The issue was whether expert testimony on battered women’s syndrome is admissible to help establish claims of self-defense in a murder case.  In the amicus brief, APA described the research utilized in BWS and supported the use of testimony about BWS. Through the years, BWS has achieved general acceptance scientifically and in practice within the Psychology field and courts have ruled it admissible at trial. 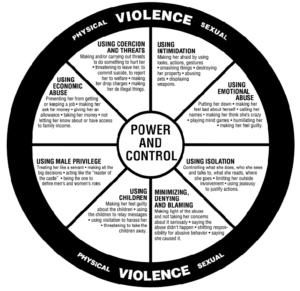 Dr. Heller can assist the court, the jury and attorneys in cases that involve intimate partner violence in the following ways:

A recent case illustrates how Dr. Heller was able to educate a jury about Intimate Partner Violence/Battered Woman Syndrome and help the jury understand exactly what contributed to the woman killing her husband:

Candace Cummings, 36, was arrested in November, 2016 and charged with first-degree murder of her husband.  After initially claiming the shooting was an accident, she later confessed to standing over her husband while he was asleep and shooting him in the head.   Candace told police that the “stress” of the relationship became too much for her, and that’s why she shot her husband. Candace was facing a mandatory sentence of life without parole if she was convicted of first-degree murder, a sentence of 25 years to life if convicted of second-degree murder and a sentence of not more than 10 years if convicted of voluntary manslaughter. The judge included all three charges for the jury to deliberate on.

The defense team found strong evidence of physical abuse many years earlier in the marital relationship and former employees of the deceased husband also described his temper. There were holes in the wall of the house attributed to his temper. However, psychological injuries commonly observed in victims of intimate partner violence needed to be described to the jury. Dr. Heller testified about the psychological signs and symptoms that the average person who had never been exposed to these situations would not understand. Dr. Heller explained to the jury that there are no physical signs like a black eye or bruise that are seen when a woman suffers psychological abuse. He testified that blaming, using male privilege, intimidation and isolation as well as using children are all signs of an abusive relationship, explaining the elements of the above diagram called “The Power and Control Wheel.” He also testified about the three phases of the “cycle of abuse,” which start with phase one, comprised of small events and intimidation (tension building), progressing to the second phase which involves an acute episode of abuse and finally to a third phase called contrition, in which the perpetrator apologizes and promises never to do it again. Dr. Heller told jurors that abuse victims often suffer from post-traumatic stress disorder and numerous other psychological injuries that contribute to these victims not feeling safe even after the abuser is gone. He also explained that sometimes just leaving or calling the police can put the victim in even more danger, that the most dangerous time for the woman is when she takes out a protective order or tries to leave. He also described the concept of learned helplessness, which makes it virtually impossible for the woman to leave-making her feel like she is in a state of siege. The myths and misconceptions about victims were also explained by Dr. Heller.  He concluded that when an attack has physically ended, a victim of long-term abuse does not perceive the attack as being done as soon as it is over. After two days of deliberations in June, 2017, the jury found Candace guilty of the lesser charge and returned a conviction of voluntary manslaughter.

Dr. Heller’s expert testimony about IPV/Battered Women Syndrome, can differ in criminal cases depending on whether he is testifying for the prosecution or the defense as illustrated below. All of the items below can be used for either Prosecution of the abuser or in the Defense of the victim.

Dr. Heller is available for:

Clinical examination of the Defendant.

An Expert Report to explain the pertinent issues of the case.

assessing the credibility of allegations of intimate partner violence.